The Abby Chronicles–Abby Goes to the Kitty Doctor–Round III, A Very Strange Visit

The younger human took me to the kitty doctor’s one day. It was something different from the regular routine, so I was excited about that.

The younger human put me in the carrier and took me to the car. The car said, “Vroom!” and off we went.

When we got to the vet’s, there was another change in routine. Instead of the younger human getting my carrier out of the car and taking me into the office right away, she sat in the car and talked into a little box. The human kept turning around to me and saying, “I’m sorry. I didn’t realize we’d have to wait.” I could hear a bit of stress in her voice, but I was fine. I’m Abby, and Cool is my middle name. Besides, I was chillin’ in the carrier–literally. Because it was hot, before we left the house the human placed an ice pack on the bottom of the carrier. She covered the pack with an old towel, then put me on the towel. So, I was Good.

After the human talked in the little box some more, two humans came out from the vet’s office. The younger human lifted my carrier out of the car. I thought she would take me into the office, but no, one of the female humans from the vet’s took the carrier. She said something about, “due to the virus” and she would bring me back out when they were done.

Anyway, I got my rabies shot and my treats (I really like that vet!) and the vet’s helper brought me out to the car. The younger human set my carrier on the back seat, started the car, the car said, “Vroom!” and we came home. Strange adventure over!

Filed under humor, The Abby Chronicles

Tagged as story of Abby, visit to vet's

Nature Notes–The Birds Come to Eat; I Get a Treat

This afternoon, needing some time outside in the sun, I grabbed the bag of black-oil sunflower seeds and headed out the door. I threw some on the rock near the lilac bush out front, then trotted around the back of the house. Over the years I’ve come up with a route to follow when feeding the birds, though whether I do the whole route depends on how much food and time I have available.

I put food out wherever there is some sort of cover for the birds. Wild rose bushes thrive on our property, as do wild huckleberry bushes, so those are prime spots for sprinkling the seeds. Years ago we moved three or four evergreen bushes out back. The bushes spread out so much you can’t tell where one ends and another begins, making excellent protection and privacy for the birds. I usually throw some food around there. A large pine tree occupies a space where the property transitions from backyard to woods. Quite awhile ago we began dumping rose bush clippings, weeds, and branches which fall off the trees under the pine tree, so the birds and rabbits appreciate that cover, and most days I throw some food there as well.

As I walked back toward the front yard, I paused, just in time to see a tufted titmouse spring down to grab a seed. I froze in place, not wanting to spook the shy little bird. Titmice generally avoid being close to people, so to see one just a few feet away was a treat. The bird flew up to the overhead branch of the wild huckleberry bush and proceeded to feast on the seed. Out of the corner of my eye I saw a black-capped chickadee descend from a branch and land in the grass, to choose just the right seed to eat. I finally moved quietly away, not wanting to disturb the birds’ feeding time.

To see more info. about titmice, including pictures and sounds see:www.allaboutbirds.org/guide/Tufted_Titmouse .

The Abby Chronicles–Humans Do Weird Things

Have you ever noticed humans do weird, sometimes annoying things? They say cats do weird things. Humph! We cats have reasons behind the weird things we do, so they aren’t really weird. But humans–

I’ll give you an example. I walked into the living room and jumped up onto the older human’s lap. She put little metal things in the fur on her head. I smelled one of the metal things; it didn’t smell like anything I knew of. I wanted to help the human, since she seemed so intent on doing this strange procedure, but the younger human kept her arm in front of me, so I couldn’t help.

I’ll give you another example. The younger human had the nerve to poke me in the stomach! Would you believe that? I raised my paw to warn her that she was not to do that. Would you believe she poked me again! This time I grabbed her finger and put my mouth around it. This time she got the message. Talk about being annoying.

Filed under humor, The Abby Chronicles

Recently I heard a pastor say the opposite of thankfulness is bitterness. For a writer, rejection can certainly provoke bitterness. It’s natural to want your work to be accepted, the more so for a recovering perfectionist like me. So, how can I say I am thankful for rejections???

I am discovering that rejection of a piece gives me the opportunity to improve my writing. Rejection says, “This (whatever “this” is) needs to be changed before you can succeed!” When the rejection notice doesn’t spell out why the piece was rejected, I can sit down, put on my thinking cap and work to decipher the mystery. I can ask a writer friend for input. It’s valuable to have two sets of eyes and two brains looking at the material.

When a devotional I submitted was rejected, after the sting of disappointment eased, I sat down, read it over, and saw my devotional had issues. It wasn’t nearly as great as I thought it was. One of the Scriptures I chose didn’t go along well with my story; awkward phrasing popped out, and nonessential words bobbed to the surface.

I sent the devotional plus my critique to a writer friend and asked if she had more suggestions. She did, and I incorporated a couple of her ideas and added more of my own into the revised version. Last week I resubmitted the devotional to the magazine. I know the piece is better now for having been rejected. It’s tighter, clearer, easier to read. All that makes it closer to acceptance.

Thankful for rejection? Yes, I can be! It helps me get further along to where I want to be!

Friday Photos–Fall’s Not Over Yet!

Most of our brilliant foliage is gone for this year, but come with me and enjoy these scenes from past years.

What I’ve Been Enjoying Lately 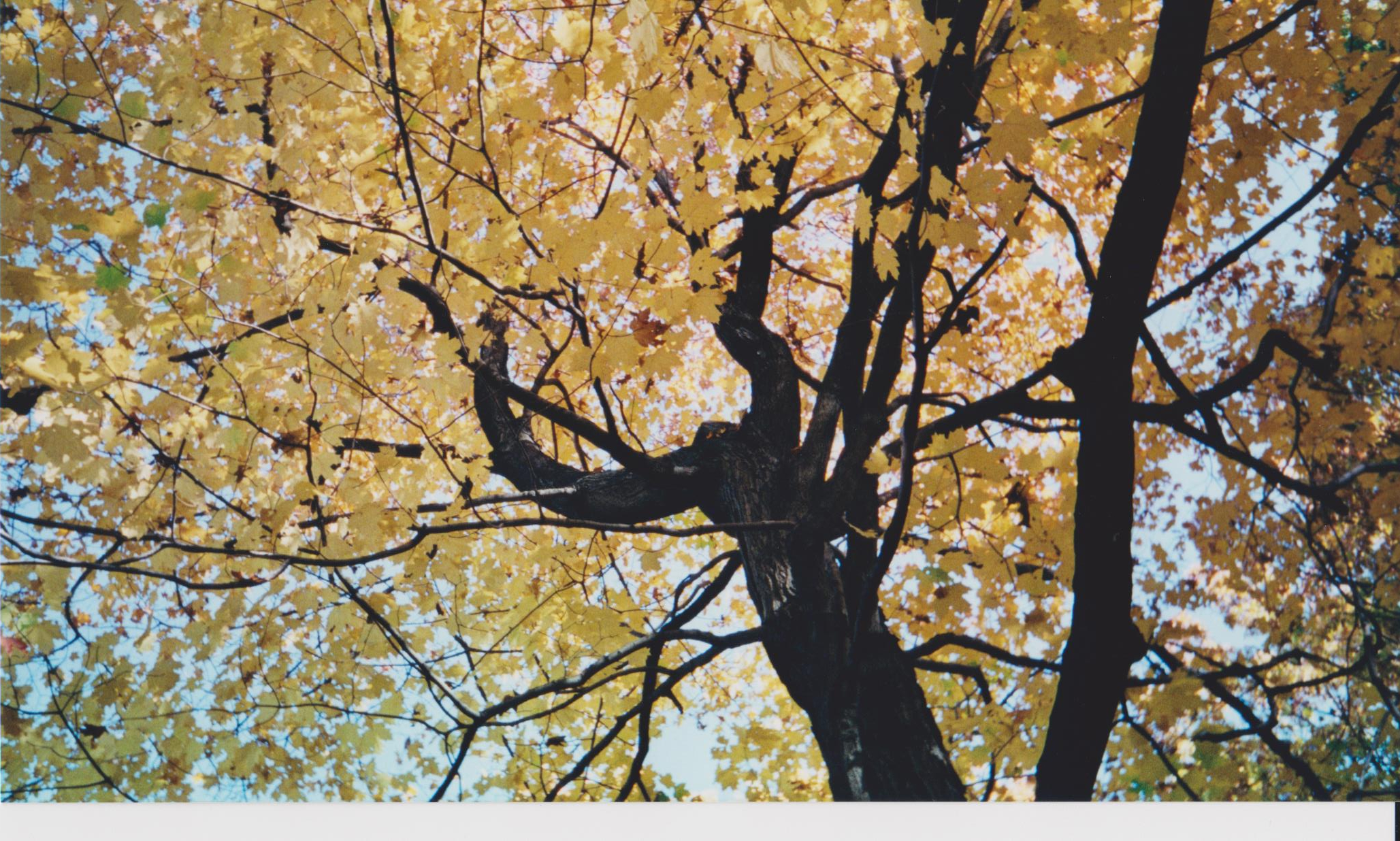 In this past week of November, I’ve been enjoying:

I took time out one evening to “scratch an itch” and practice drawing. Two or three weeks before I picked a plant, an ordinary “weed”, from the driveway and put it in a vase of water, intending to try my hand at sketching it “soon”. By the time “soon” came, the leaves were slowly turning brown but the largest ones were green and the tiny flowers on top pinkish-purple, so the plant still served nicely as a model. I dug out my sketch pad and after some false starts, managed to make a decent (to me) representation of the plant.

Wanting to practice more, I burrowed around my tote box of art supplies and found the workbook for beginning artists. Using the sketches in the workbook for ideas, I drew some more. I practiced for maybe a half-hour to an hour. When it was time to put away the supplies, I was surprised at the sense of quiet satisfaction I experienced inside. It seemed to blanket my nerves in relaxation.

One Saturday not long after that, my mother and I had what I call a “packing party”. We gathered items we wanted to donate, and then packed them in boxes I’d collected previously. This was a little project we’d talked about doing for awhile, but never got around to it until that Saturday. As I sat there surveying the boxes packed and ready to go, I noticed that quiet sense of satisfaction flooding my soul once again.

I notice these moments came during times of outward focus–periods of creativity and working to benefit others.

In this year of so much upheaval, have you noticed any times of quiet satisfaction–times of relaxation for your nerves–and if so, when did they come?